The company had rapid RT-PCR contracts at airports in northern Indian cities of Lucknow (Chaudhary Charan Singh Airport) and Ahmedabad (Sardar Vallabhbhai Patel International Airport) until last year. “In August and September last year, our contracts to test at the airports were terminated. We were given no explanation as to why the contract was being discontinued,” a senior executive from Neuberg Diagnostics told us.

“In both Lucknow and Ahmedabad airports, and now in Jaipur’s airport too, the contracts for testing were given to North Star Diagnostics,” added the senior Neuberg executive. Adani Enterprises did not respond to questions on the topic. Apart from North Star, Shambhavi Diagnostics has testing facilities at the Lucknow airport, while Apollo Diagnostics is also present in Ahmedabad. 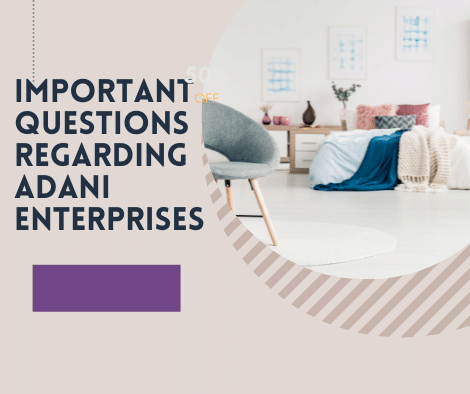 Price cap Airports run by the country’s civil aviation agency, the Airports Authority of India (AAI), empanels diagnostic labs for rapid RT-PCR testing through bids. For instance, AAI floated a tender in January at the Sri Guru Ram Das Jee International Airport in the northern Indian city of Amritsar. It also capped the price of rapid RT-PCR tests at the airport at Rs 2,400 (US$32)..

Many in the industry deem Adani’s running of airports along with the airports’ Covid diagnostics a conflict of interest. Malay Ramesh Mahadevia, who holds directorship in at least 15 Adani-backed companies, is also the managing director of Mumbai International Airport Private Limited as well as an additional director in North Star Diagnostics.

Why Adani Enterprises did not respond to questions regarding this?

“Where would a passenger complain if the test got delayed or if there was any other inconvenience?” asked a senior executive from a leading lab chain. Adani Enterprises did not respond to questions regarding this. Without options, passengers find themselves in upsetting situations, such as the one 26-year-old dentist Kulsum Shaikh faced while travelling to Dubai from Delhi. One of Shaikh’s family members tested positive for the virus at the New Delhi airport at a Genestrings facility.

Unable to fly, the family was returning home when touts, allegedly with ties to Genestrings, offered to forge a negative report along with a valid QR code for Rs 14,000 (US$190)—10X the cost of the rapid RT-PCR test Shaikh’s family took. “Airline personnel scan the QR code to verify the authenticity of the test report,” explained a senior executive from a leading national lab chain. Shaikh did not immediately take the tout up on his offer.

Two days later, Shaikh and her family tested negative at the airport at Genestrings. “A ticket to Dubai costs only around Rs 10,000 (US$135) in normal times, but we ended up spending over Rs 50,000 (US$670) for booking multiple tickets, and getting at least eight tests in the span of three days for two tickets,” Shaikh told us over a video call.

Keen on investigating the tout’s claims, Shaikh requested a negative report from him, even transferring the money after reaching Dubai. To Shaikh’s surprise, the tout sent her a negative rapid RT-PCR report from Delhi within a few hours, bearing an authentic QR code that could be backtracked to the diagnostic labs

In an emailed reply to our questions, Genestrings said the company was internally investigating Shaikh’s complaint. “While we do not deny the possibility of active touts trying to take advantage of innocent passengers, we have found that the lab information system is robust and cannot be altered,” said Genestrings COO Chetan Kohli.