Launched in 2010 as a SIM-based mobile wallet for feature phones, at a time when Vietnam was beginning a decade of dramatic socioeconomic change, MoMo has evolved into an app that has become an essential part of Vietnamese life. You can use it to pay for items at major retailers, shop on e-commerce platforms such as Lazada and Tiki, book movie or plane tickets, reserve hotel rooms, order food, hail motorbike taxis, and pay utility bills; it also offers loans and health insurance plans. It has almost everything an average person would need on a daily basis.

This is where MoMo, which has no larger parent company

It’s no surprise, then, that MoMo’s annualised total payment volume (TPV) in December 2021 was US$17 billion. Its valuation also crossed US$2 billion in December, after it secured a US$200 million Series E round led by Japan’s Mizuho Bank. It’s only one of four Vietnamese tech unicorns. MoMo’s ubiquity is in line with the Vietnam government’s goals of growing the digital economy, estimated to be worth US$21 billion, and bringing more people into the formal economic sector. 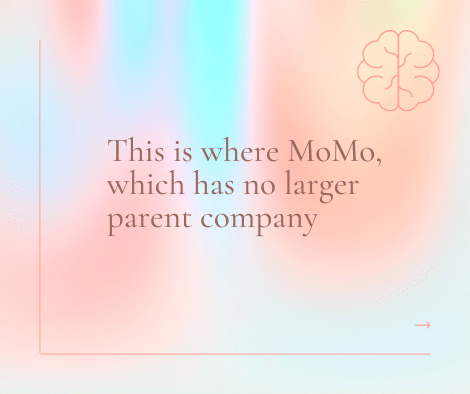 According to Vietnam’s central bank, while 70% of Vietnamese adults have a bank account, roughly half of them don’t have access to credit; and the country’s huge rural population has limited access to modern banking services. Cash-loving Vietnam is also ideally suited for rapid e-wallet growth, as roughly 70% of the population has internet access and over 60% have a smartphone. Yet, the credit card penetration rate is only about 5%.

But while MoMo may appear to be a super app and even calls itself one, it’s essentially a payments player that partners with other services. For instance, its ride-hailing and food delivery partners are local players Be Group and BAEMIN, respectively.

In terms of popularity, these are far behind the likes of Grab and ShopeeFood. This is where MoMo, which has no larger parent company, stands to be disrupted. Regional giants Grab and Sea Group, the parent company of Shopee, also have e-wallets and financial services.

And they have the financial might to disrupt MoMo’s relationship with its partners by, for instance, acquiring one of them. MoMo also has local rivals like ZaloPay, owned by Vietnam’s first tech unicorn, the VNG Corporation, and ViettelPay, operated by the country’s largest telco. Fresh off a new funding round, MoMo must find a way to strengthen its ecosystem and define its playbook beyond payments. The independent path MoMo would know all too well that partnerships are never forever. In early 2018, Tuong Nguyen, MoMo’s co-founder and co-CEO, had received a rather loud wake-up call.