Often smaller than a one-car garage, sari-sari stores accounted for 37% of FMCG sales in the Philippines as of 2019. They sell all kinds of staples—from instant noodles and soft drinks to soap and cigarettes.

Growsari pools together stores’ orders—across the assortment of multiple FMCGs—to come up with significantly larger order volumes. As a result, it also solves the data problem for FMCGs. With volume and data, Growsari is able to negotiate for much lower prices of dry grocery goods, earning margins that would have otherwise gone to wholesalers and other intermediaries. Growsari shares some of the margins with sari-sari stores, but the biggest benefit for the store owners is the convenience and cost savings brought on by not having to leave home to shop. 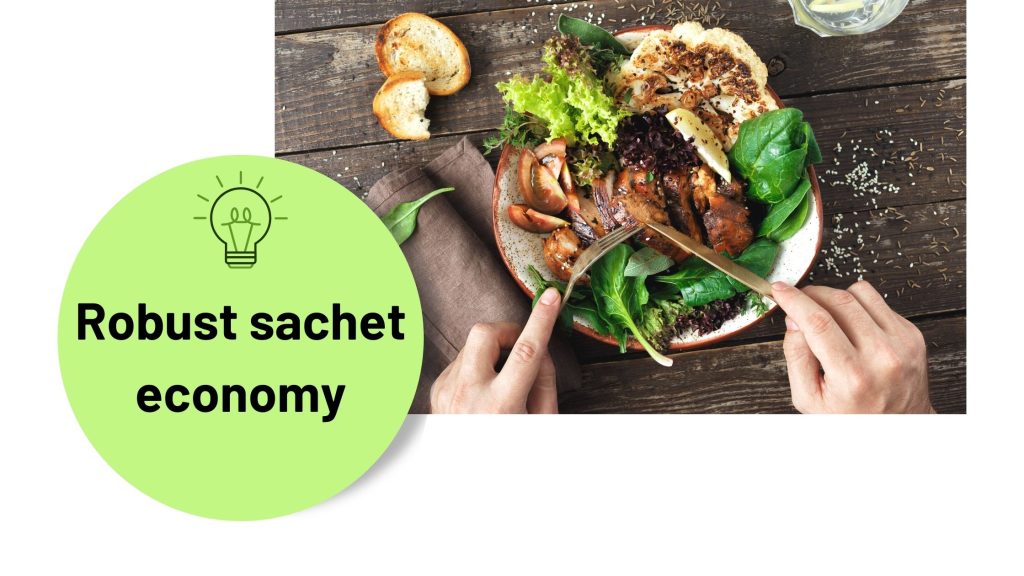 Most Filipino families who juggle their cash daily end up buying from sari-sari stores because they offer items in ‘tinge’ (Filipino term for sachet). Store owners typically have known their customers for years and often allow them to take goods now and pay later.

Even telecom companies and fintech startups have been tapping these stores. For instance, the PLDT group—one half of the Philippines’ PLDT-Globe telco duopoly—has tied up with 27,000 agents (mostly sari-sari stores) to offer its mobile remittance service to consumers—a network it has built since the 2000s. Bangkok-headquartered fintech TrueMoney, owned by Thai conglomerate Charoen Pokphand and backed by Chinese internet giant Alibaba’s Ant Financial, has 20,000 store agents offering remittance, mobile top-ups, insurance, and bill payments in the Philippines.

However, companies addressing the core FMCG operation of sari-sari stores are rare. Even FMCG manufacturers deliver only to the biggest stores—20% of the total number. That leaves the rest with no choice but to buy from wholesalers who eat into their margins.

“If you’re Nestle and a store only buys a couple of bundles of Milo or Nescafe sachets from you, it’s often not worth the trip,” Growsari co-founder and chief executive ER Rollan tells us. The problem for FMCGs then becomes the lack of insight into the sales data of these smaller stores.

Growsari’s current scale is unusual for a Series A-stage startup, with just US$15 million in total funding—including a seed round from Singapore-based VC Wavemaker Partners. For comparison, its closest counterpart in Indonesia, Warung Pintar, has so far onboarded nearly 14,200 mom-and-pop stores called warungs, but is already in its Series B growth phase. It has raised US$35.5 million in total.

The company is loss-making today, says Rollan, without disclosing specifics. But it expects to become EBITDA-profitable by next year with a goal to reach US$200 million in annual GMV. It also targets to reach 200,000 sari-sari stores by 2022.